Myomectomy is a surgical procedure to remove uterine fibroids, benign or non-cancerous growths appearing in your uterus. Many women with uterine fibroids do not experience any symptoms. However, some women may experience symptoms that are mild and they include heavy and prolonged menstrual bleeding, bleeding between periods, pelvic pain, lower back pain, pain during intercourse and urinary problems. Rarely may you have difficulty emptying your bladder, difficulty moving your bowels, anaemia due to heavy menstrual bleeding and reproductive problems such as infertility.

Myomectomy is the treatment of choice in women with fibroids who are willing to have children in the future. Myomectomy removes only the fibroids and leaves your uterus intact and increases your chances of pregnancy.

Before your surgery, gonadotropin-releasing hormone analogue (GnRH-a) therapy which lowers oestrogen levels may be used to shrink the uterine fibroids thus reducing the risk of excessive bleeding during the surgery.

A laparoscopic myomectomy procedure is a minimally invasive surgery during which a laparoscope, a long thin instrument attached with a camera is used. A small incision is usually made below the navel and a laparoscope is inserted through this incision. Carbon dioxide gas is injected into the abdominal cavity using a special needle to create more space to work. Your surgeon identifies and removes the fibroids. During the procedure tissue samples, can also be taken for biopsy. This procedure is preferred option to remove one or two fibroids up to 5.1 cm across that are grow on the outside of the uterus. 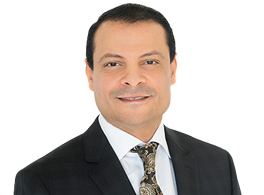 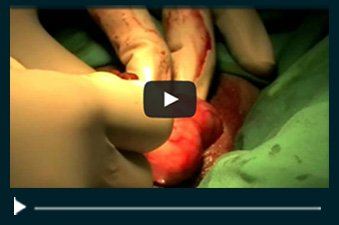